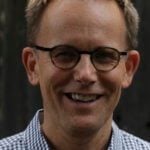 In October of 1998, a talented musician named Craig Johnson, along with millions around the world, was rocked to his core by the brutal murder of Matthew Shepard. It was a hate crime, a hate crime against gays. In the years that followed Matthew Shepard's death, although they never met, he and Craig would become brothers in the deepest sense.  At the core of Craig's story is the question, is love present in the midst of the unthinkable?

The much loved A Conversation with Gangaji, hosted by Hillary Larson. Listen

Teaching stories from members of the community. Listen

Search all podcast episodes by topic, date and title. More