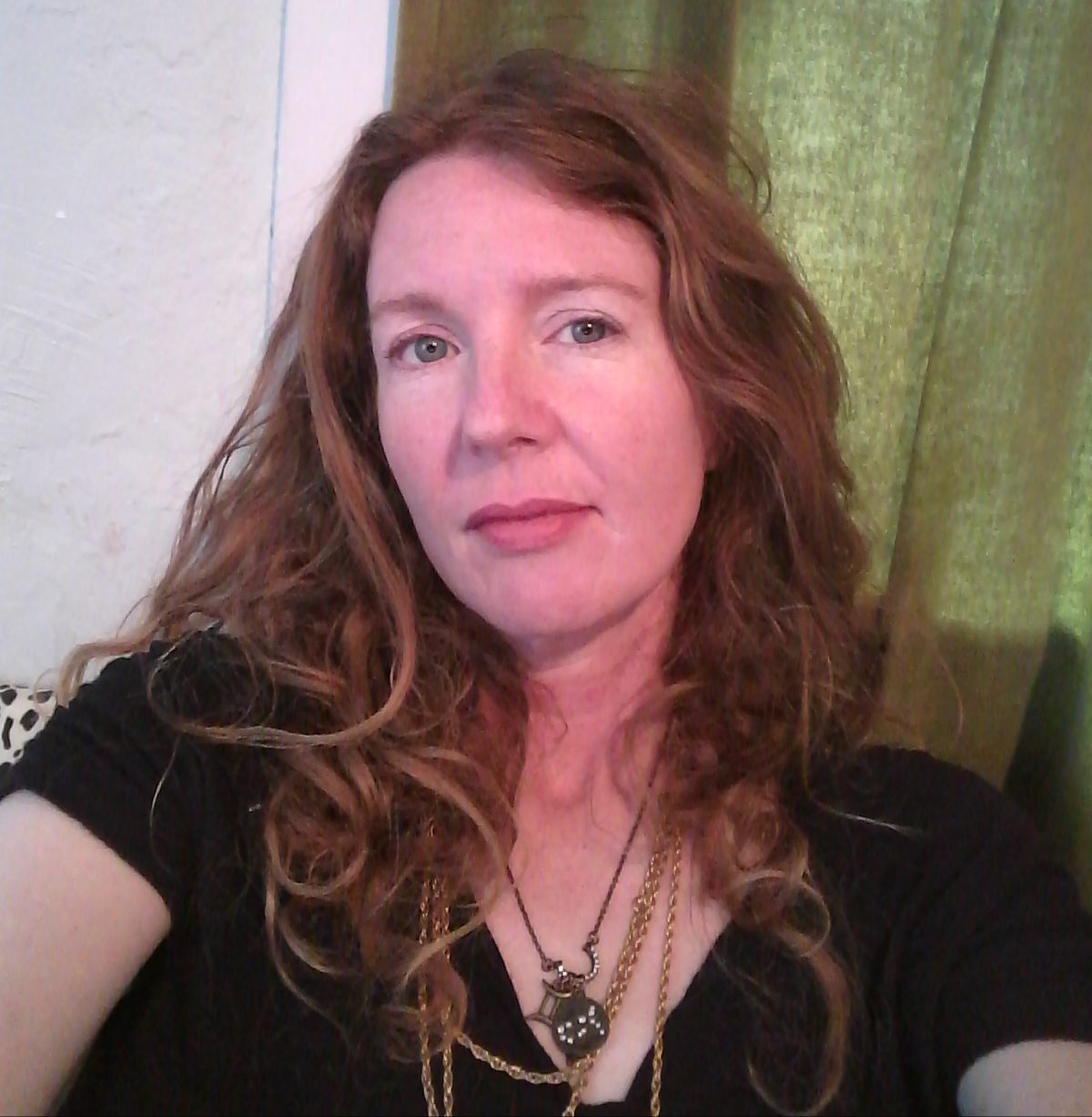 I grew up in a small nuclear family with one sibling. Interactions with extended family were almost non-existent. I was left to my own devices much of the time as a small child, which I didn't mind much as I was very imaginative. Gangaji mentioned her upbringing as what she described "Sunday School Christianity." My Christian upbringing was even less than that. It was all Christmas trees and Easter eggs, ribbons, and glitter; centered around family, yes, but secular in every way.

I was always curious though, a natural seeker, if there is such a thing. I remember riding in the car with my parents, trying very hard to imagine what it would be like to not exist. And, I remember as a three-year-old asking my parents if they were God. I am 47 years old now and I still don't know if I've discovered a definitive answer to these questions, lol.

Anyway, later in life, as a dyed-in-the-wool feminist, I gravitated towards Goddess oriented religion. I collected tarot cards and crystal balls and incense and magic wands and other new-agey spiritual paraphernalia. Then in my late twenties, I became discouraged with it all. I said to myself, "Jennifer, you are just not a religious person." It seems to me now that I was just a free spirit who had found a way to justify her attraction towards all that was magical or occult. It felt so empty all of a sudden. That was a sad day for me.

Much later, following a rather frightening and dark period, where I no longer understood myself and was put on medication that rendered me tired, moodless, and temporarily infertile, things began to turn around for me. I got off said medication, with some help, and during that time discovered Buddhism, mindfulness, and yoga. These teachings were not an end unto themselves but were my signposts. Through them, interdependence and oneness became facts to me, not just neat ideas. And, somewhere in there religion, this time in the form of Judaism, began to look like a real possibility for me, for the first time. It was during this period that Gangaji's teachings entered my life.

I don't know that Gangaji knows this but I go around calling her my "Un-Guru." I've been saying this for at least the last year and a half. Life is so fascinating in its unpredictability. It could have been that I found her ten years ago, or ten years from now, or not at all. But as fate would have it I was blessed three years ago to receive her un teachings.

I first became aware of Gangaji on a routine trip to a little library I used to haunt. My life was very strange then. I was probably looking for another Buddhist book that day or something about yoga and I found "You Are That!" instead. Its cover bore the image of a smiling Gangaji who looked to be in some sort of rapture. I was unsure I at first. You know, like maybe this is some far-out Krisna consciousness stuff...something I have to believe in totally; something foreign to my understanding that I will be asked to swallow whole in hopes of attaining a similar bliss state.

Luckily I went against my first impulse, took the book home, and dove right in. What clued me in that this was not another spiritual book was her story of meeting Papaji. As I remember, she related that at first, she was also unsure about him, like maybe he was going to take over her mind. As I read on, what emerged was a revelation about stillness, but not as I had ever understood stillness before. Just this great stopping. I thought, my goodness that's a whole lot simpler than what I've been trying to do with myself. The other part of her story that got me was when Papaji assured her that she could never leave him. It seemed to me that that was when she knew her path would take her right back to America. That started another seed of revelation in me; namely that love, despite being inextricably linked with grief and loss, is not the thing in our lives that needs to be questioned.

I am grateful that Gangaji came back to America; that she did not remain in India with Papaji. You see many people in America lecture and write spiritual books. These books can teach you exactly what is wrong with you. These books can propose a method to fix you up. The bookshelves of the better libraries are full to bursting with them. And, I'm sure some will find comfort in them. Rare as rubies, however, are the un-gurus, the teachers who're only teaching is to pull you back to your center, back to what has always been there, to what is right with you and has always been.

I'll end here, but not before I share another thing Gangaji doesn't know, but will now. I have placed a hot pink post-it on my laptop. It sits to the right of my keypad where I am sure to notice it. It says  simply:

Namaste' Gangaji, and thank you.