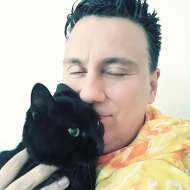 I remember my grandmother, Eunice Peck, making special cookies that were more like mini-cakes, with white frosting on the top. We called her Mammo – because my other grandmother was Grammo – and she lived in a tiny house next to an Alley in West Virginia. They were so delicious, every year for Christmas I would ask her to not buy me a gift – just please, oh please, make me a whole tin of those treats instead.

She was so happy making them and giving them as my present. I was eating one once in the small dining room right off of her kitchen when I asked her, “Mammo, how do you make these? They are so delicious! What’s the secret?” And she looked at me with the kind of beautiful, knowing smile only a grandmother can give you and replied, “Because they are made with love.” 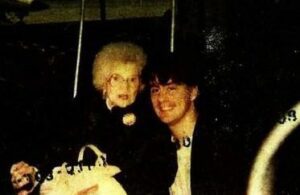 As a teenager, you sort of take statements like that as corny, sentimental, or both – but sort of a dodge. There had to be some recipe, some precise calculation or ratio of sugar to butter, flour and salt, something. I promised myself that one day I would learn what it was – and I could have all of the endless mountains of cookie-cakes one could possibly bake. But I am grateful beyond words for being appreciative of them, smiling at her as I ate them. As memories go, it is one of the sweetest in my entire life.

The day after she passed away, I slept in her house. Everything was still as if she could suddenly come walking around the corner. Plates were still in the dish-drainer, all of the food still sitting in the refrigerator – everything perfectly in place. But even as I soaked in every last moment – because the family would come on Friday to begin to clear the home out – I was acutely, painfully aware that I would never have those same cookie-cakes again. I could duplicate the recipe – but there would never be a substitute for her unwavering, perfect love.

Still, I managed to find it after going through her cookbooks. I didn’t intend to make any. I just wanted to have it.

About a month ago, 26 years later, I was about to drive to visit my parents in Daytona Beach, Florida, when I saw a small roadside setup near my home. There was a small Asian woman who looked like she was in her late 60’s selling these tall, beautiful orchids. Some were purple, some were yellow – and the woman was so grateful that I had pulled over to buy them – I decided to get one.

“For this huge plant? But they go for four times that in the store!” I replied. 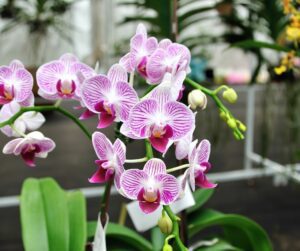 “Just five dollars, that’s all. Each one,” she replied. “They are good plants, they will bring you lots of happiness.” I pulled out ten dollars and took one of each color. She wouldn’t let me leave until I had all the details of how to properly care for them. It took her fifteen minutes to go through everything. I nodded at her instructions, but I got the gist of most of it. I carried them off and took them to my mother – who indeed loved them. In fact, they have stayed as beautiful as the day I bought them – and have begun to resprout new buds. Wondrous.

My mother always insists on giving me gas money for coming over to visit – and because I almost pay everything with a debit card, I keep the cash handy on the rare occasions I need that instead. About 2 months later, my parents came to visit me over in Orlando and I go with them to the grocery store. My parents bought me some tomatoes – but ended up putting them in the wrong bag and taking them home instead. I told them that it was okay and that later on, I could easily go get some tomatoes when I needed them.

Driving near my home, I once again saw the roadside stand. A big hand-colored sign that said “FRESH TOMATOES!” was next to one that said, “ORCHIDS – FIVE DOLLARS!” I smiled and pulled over. The same woman from before got out of her truck, again smiling from ear to ear. “Would you like some tomatoes?” I nodded.

I said to her, “Before I buy them, I just wanted you to know that I came to get some orchids from you last month – for my mother – I got a purple one and a yellow one. She loves them. They make her so happy. I really want to thank you. I’m really grateful you are out here.”

The old woman’s eyes began to brim with tears, but she still kept smiling. “That makes me so happy! I am so grateful you said that! Many times, I wonder if I serve a purpose, sitting here all day. But having you tell me that makes all of it worth it.” She was 100 percent genuine. She had this fierce look of gratitude in her eyes that you cannot fake. I immediately began smiling from ear to ear too.

Something about all of this began feeling remarkably familiar.

“My name is Miss Kim,” and she extended her hand, laughing. I shook it and replied, “I’m Jim.” And she held my gaze as I did. I paused, then moved back to the tomatoes. Each carton had five or six gigantic tomatoes in it as bright and red as an autumn sunset. She replied that each carton was two dollars.

“Two dollars?” I exclaimed. “That’s unbelievable! For fresh tomatoes? You could sell them for four times as much!” 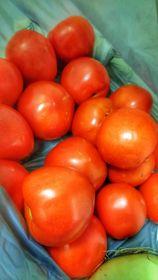 “I could,” she nodded. “But just two dollars per carton.” She was resolute – and gave me the distinct vibe that she would not tolerate any charity either. The only thing I could do was buy them, fair and square, at the price she was choosing.

I ended up getting three containers, and she put them in a plastic bag that had to stretch to accommodate them all. She then charged me a single dollar for the largest, most beautiful onion you have ever seen. And just for good measure – she surprised me with a sweet potato as a parting gift. I told her as I began to gather everything to depart that I was going to make some chili that night.

Right before I began to walk away, she said, “Make it with Love.” She said it with that same knowing look that Mammo gave me years ago. The same joy that one can only get from giving something true to another. I couldn’t speak, but I just could only nod. As I drove away, her face was still beaming – the smile never leaving her face.

I got home and called my mother and told her that the woman who gave me the orchids was selling tomatoes. There was something really nice about how that itself completed a tiny circle.

I sliced a few tomatoes when I got home, curious. The moment my knife cut through the outer skin, the distinct and quite unmistakable flavor of a garden-fresh tomato filled the air. I savored each bite – marveling at how I had not tasted anything like it in years.

I poured a glass of wine, and for the next three hours, I prepared the chili. I smiled at all of the memories that were coming to me. How grateful I was for the day. I even did something I rarely do, and I actually blessed the food. I was really, really happy. My cats were playing in the background, and I would occasionally stop what I was doing to play with them. 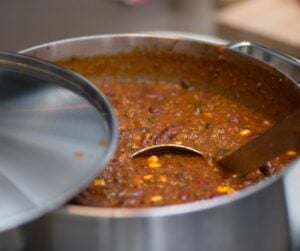 Finally, the chili was done.

I poured it out to my roommate, who can be a tough critic – she will tell you what she likes and doesn’t like – and after a few bites, she said, “I think this is the best chili you have ever made.” I walked back into the kitchen, smiling, saying to myself, “I had help.”

I’m not sure of all the connections, or if my brain is piecing together bits of my past in order to make me feel good. Is Miss Kim an Angel or my grandmother in disguise? As I down another mouthful of my chili, I know I don’t need to have the answer.

“Relationships change or end – but the love? The love doesn’t go anywhere,” Gangaji once said.

The truth of that doesn’t change. The deepest love, the one that holds all, is what joy points to. It is deeper than a feeling, but it’s where all feelings come from. It does not come and go. And to my utter shock, it’s a marvelous cook as well.