These pages show my letters in draft form, as I sent the final copy to Papaji. His letters are exactly as I received them. I haven’t included all of our letters in the years of correspondence, which lasted from our first meeting, to Papaji’s death in 1997. Some of my many letters to him are just redundant—the same insights over and over. (Although I didn’t realize that until I reread them. At the time I felt them to be totally fresh and novel!)

The letters are organized loosely into Beginning, Middle, End to represent the different phases of the correspondence. Toward the end he wrote fewer letters. I have included some of mine to him that received no answer.

May they be recognized as both my love for my guru and the overflowing intimate mystery of self meeting itself.— Gangaji 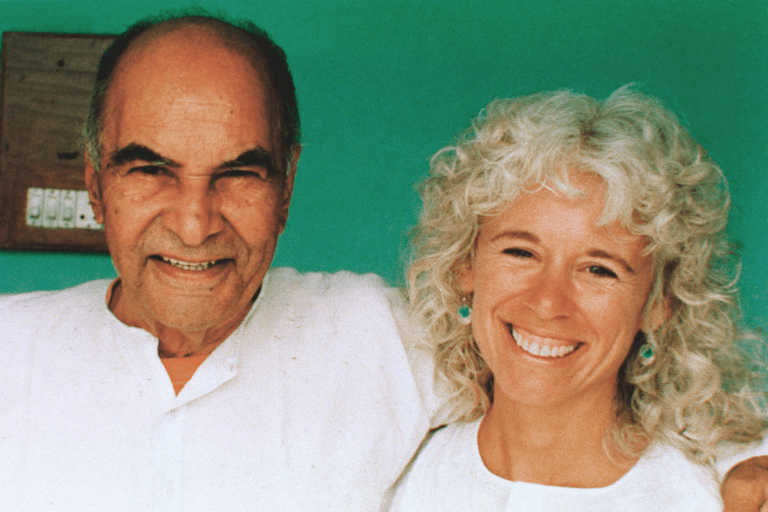 Use pinch-zoom to enlarge letter for easier reading. 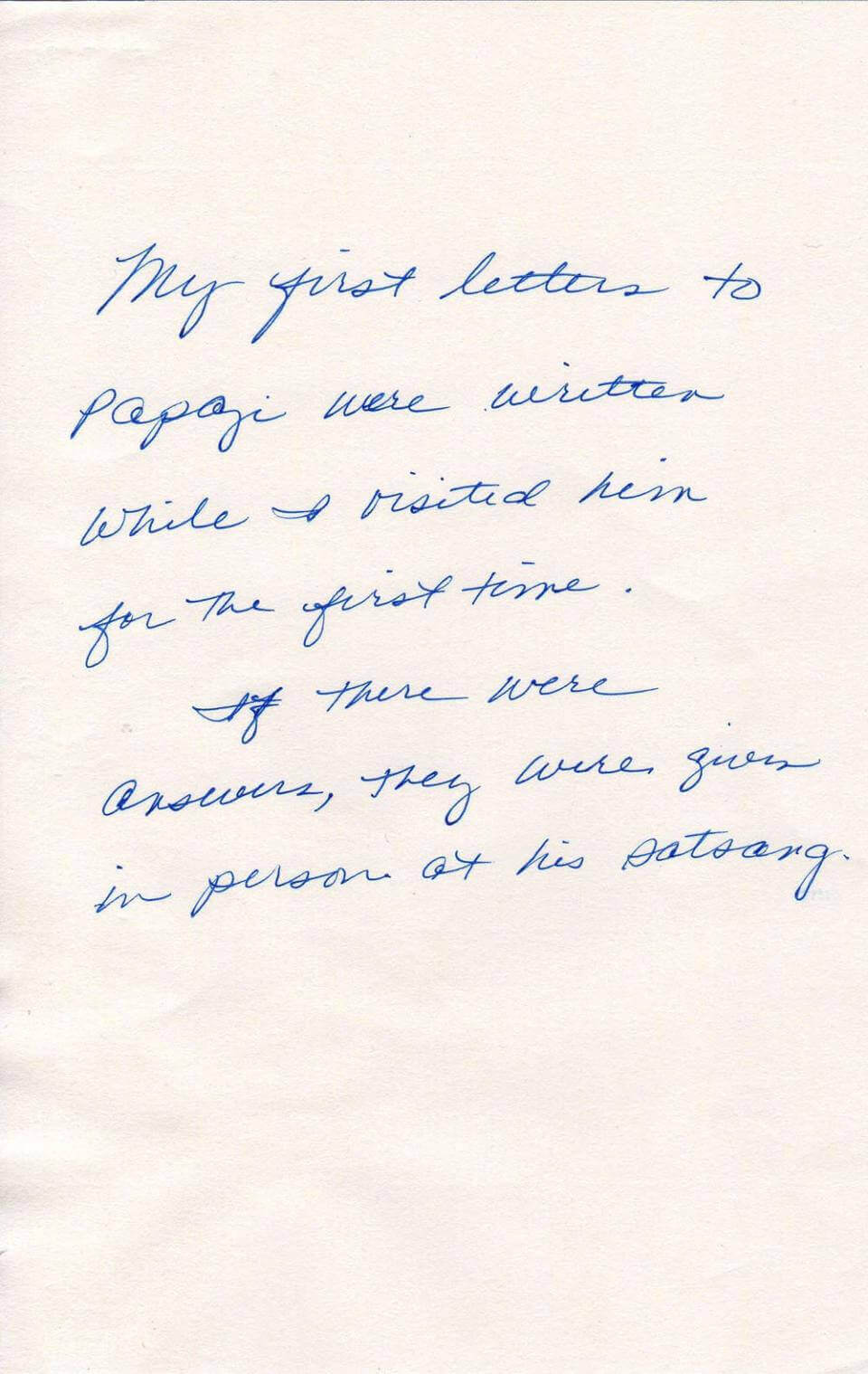